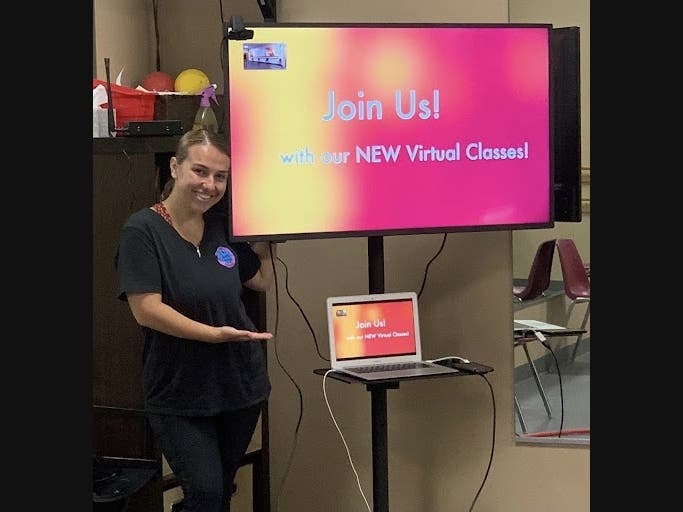 HAMDEN, CT – Entered the dance world at the age of 2, Janet Bracale has lived with a constant love of dance, and a desire to spread and teach that love, her entire life.

“As I went through my dance lessons and conventions and entered college, I just wanted to keep dancing,” Bracale said.

Even though there were detours – working as a legal assistant, for example – she never gave up on the dream. Finally, she decided to go all out.

“It was hard to do both, so I loved the kids – I still love it – and I wanted to continue my passion with them, so that’s when I said ‘I’m going to open a dance school, ”said Bracale. “And now it’s 40 years later. It’s our 40th anniversary. That’s how it all started.”

Today, Dance Unlimited has two locations – one in Hamden and one in Branford – fostering an environment that brings students into the world of teaching dance and choreography.

“The students who grow up with me from the age of two, as they get older they start to join my team,” said Bracale. “Which is the best way because they know my philosophies and they know the core of Dance Unlimited.”

As the first suspicions of COVID-19 loomed on the horizon, Bracale swung into action, studying Zoom and preparing the studios for the possibility of a virtual environment.

“We had meetings on Zoom; we had meetings on safer studios; we had meetings on the electronic and computer systems that we needed in our studios in order to broadcast all of Zoom’s lessons, ”said Bracale. “We have eight dance halls between the two studios – we ended up buying eight digital thermometers; eight large-screen TVs; we bought an air purification system; we marked our floors in six foot blocks. “

Part of that COVID readiness process involved ramping up their computer programming for their recording system and asking the Fire Marshal to review the new, socially distant studio setup, in order to redefine capabilities.

And thanks to a happy design of the building, the hall mix was cut completely – with entrances and exits for each individual dance hall, students and their parents remained isolated from other classes.

“The kids came in – the parents didn’t come in – as soon as they came in, we took their temperature and they found their chair. They had their little dance bag with water and their shoes, and that ‘was it,’ said Bracale. . “At the end of the course, we disinfect the chairs, we disinfect the floor. Masks, everyone masks, still to this day. When we come back in the fall, we’re going to need it even though you’re vaccinated – we have so many little ones that don’t have the chance to get vaccinated. ”

“In a year and a few months, I think we had maybe four cases, five cases, all over the studio,” Bracale added, “which is a testament to all that we have done, and the parents who have done us. listen, keep their kids at home if they are not feeling well, communicate and be honest With the dance world it was dark Before they could get into the studio in June it was difficult for them.

With its strong virtual setup, Dance Unlimited provided a significant outlet throughout the most difficult day of the pandemic that overtook its students.

“My older kids, some of their brothers were in our stretching classes. They couldn’t play sports – there was nothing offered for the boys,” Bracale said. “We had a father-daughter battle once; we had a sibling contest. We just kept going for them. I feel like we were their lifeline.”

For Bracale, the most important thing was to strengthen their bond with the students.

“Just a lot of ingenuity and a lot of connection with them because we were the only ones they had,” Bracale said. “Just lift them up, make them laugh – we wanted to cry, but when they’re on, we’re like ‘hey, it’s going to be okay! We are just trying to keep their life. ”

Now, after many students returned to face-to-face classes in January, the studio is largely in-person, albeit with security restrictions, but Zoom classes remain in use.

“I have a lot of kids. I care about the kids, and right now they can’t get the shot,” Bracale said. “I just want them to be as secure as possible. At the moment we’re open, but we’re still offering Zoom.”

And while Zoom has its inherent limitations, Bracale sees it as a permanent option – if someone feels sick or can’t dance, they can attend a Zoom class anytime, and still, at the very least, study choreography.

Despite the ingenuity and commitment that Dance Unlimited fostered, the pandemic hit the studio hard.

“To continue, I have 25 employees and I have never fired anyone. And they escalated from day one,” Bracale said. “We had to take a lot of loans. You do what you do. As a company, we have done what we have done to babysit and to keep the employees at work.”

Still, Bracale has hope for the future.

“In January the phone started ringing. We had a good percentage of kids who came back in January,” Bracale said. “I saw the turnaround happen in January, so I hope September is just as good. They need an outlet; they need dancing. Dancing saved a lot of these kids. Dancing works wonders. for their mental and physical being. Spirit, body and soul, that’s what it is. “