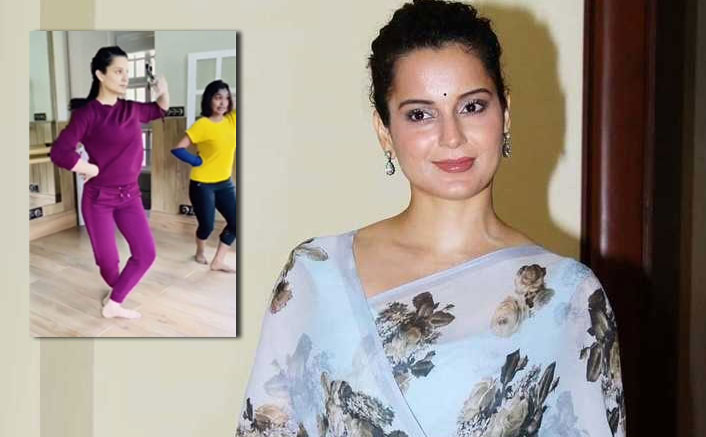 Actress Kangana Ranaut has literally turned her Manali home into a dance studio! She is diligently preparing for her role as the late Chief Minister of Tamil Nadu J. Jayalalithaa in the upcoming film “Thalaïvi“, and dancing is an important aspect of the character.

During the Diwali break, Kangana went to her home in Manali to have a good time with the whole family. However, knowing Kangana, we are all very aware that it was not all fun and games for the star. She worked tirelessly to put herself in the shoes of her character in Thalaivi. After the Manikarnika actress shared a photo of herself working hard on her screenplay, the latest video that surfaced online sees her training hard in ballet dancing with her choreographer.

In a video posted by her team on Instagram, Kangana is seen rehearsing with a choreographer.

“The queen never rests. Rehearsals are in full swing for #thalaivi in ​​Manali. I can’t wait for this epic saga, ”the video caption reads.

The film is titled “Thalaïvi” in Tamil and “Jaya” in Hindi and will be produced by AL Vijay.

This year, Kangana was seen on the big screen in “Manikarnika: the queen of Jhansi” and “Judgment all Hai Kya” This year.

In Bollywood, we will see her next in Ashwiny Iyer Tiwari’s kabaddi film, “Panga“

Android & IOS users, download our mobile app for Bollywood and Box Office updates faster than ever!