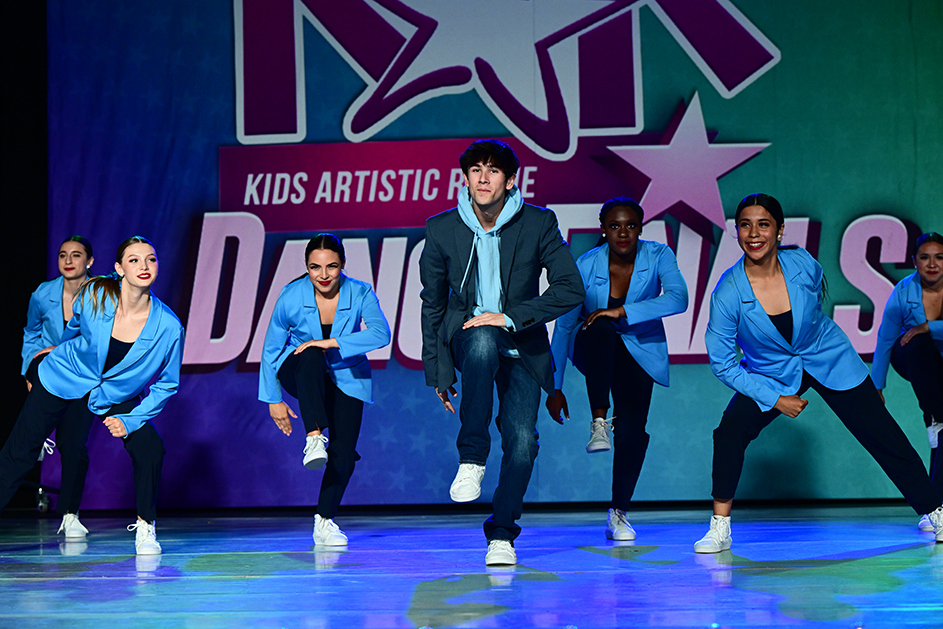 Even for an accomplished dance organization like Lana’s Dance Studio, what she did at the 2022 Kids Artistic Revue Nationals Dance Finals in Anaheim from June 26-July 1 was nothing short of awe-inspiring.

Of more than 50 competing studios, Lana’s was the only one to have dancers reach the final in all eight categories. They also placed first overall in wins and won Studio of the Year and Choreographer of the Year.

Lana Wright, who is in her 44th year as owner/manager of the studio which has facilities in Morgan Hill and Gilroy, said she was extremely proud of all of her children and staff members who contributed to this achievement .

“It’s fun to watch them grow over the year and then go to nationals and perform well,” said Wright, whose studio has brought about 70 dancers to compete. “Our kids always do really well in competition, and we’re known for being super sharp and clean in the dance world. I get asked all the time, ‘How are you guys doing?’ It’s just a lot of hard work and practice.

There are several age groups competing in a variety of dance genres at four different levels: Primary, Secondary, Intermediate, Elite. The studio’s Glam team won the Secondary Division during the week for their routine, “Ready Teddy,” before being invited back for the Showcase event representing the Primary Large Group category on the final day of competition.

The showcase brings together all the best individuals and groups throughout the week for a final competition and it is one of the highest honors one can receive in the event. “Ready Teddy” was Lana’s signature routine.

The studio’s Sapphire & Onyx Premium teams won the Intermediate Large group for “When We Were Young”, which was also invited back for the Showcase. The Intermediate and Elite groups won in their respective categories for “Sparkling Diamonds”, and the Primary Small Group (9-11 years old) took second place for “Runway Walk”, which also made the Showcase.

Tyler Catalano took sixth place out of 89 competitors in the Primary Solos 9-11 division.

Elite solos (15-19) excelled, including Kylee Gipson, who finished fourth out of 88 dancers. Izzy Latala, Morgan Hill resident and incoming senior at Presentation High, competed in seven different dance numbers, including a duet with her sister, as part of Team Gem for the 15-19 Elite category.

Gem had teams in the small and large group categories and both had dance routines that made the Showcase. After their final routine, Latala and her fellow dance crew members shared a touching moment, as two of them performed for the last time for this particular age group split.

“It was the last time we danced with our seniors, we’re best friends and we grew up with them,” Latala said. “It was such a crazy experience to dance with them one last time and for them to close this chapter of their lives with them. When we came off stage we cried for five minutes thinking about the bonds we had made. I couldn’t help thinking that it would be me next year, so it’s very special to have been able to share this experience with them.

This is Latala’s 16th year dancing at Lana’s, which offers classes and programs in tap, jazz, ballet, hip-hop, lyrical and contemporary. Elite dancers are the most experienced and compete at the highest level. In the Elite 12-14 solos category, Avery Mittleman finished third and Lou Squerel eighth.

“The condition of elite dancers, doing cross-training, flexibility, agility drills, running, and then you have to learn all the dance steps on top of that,” Wright said. “It’s amazing how dedicated they are, but it’s not just them. We have really hard working dancers at every level.

The Studio’s dance teams typically compete in half a dozen regional competitions a year, but Wright said the Kids Artistic Revue Nationals is one of the events she looks forward to the most.

“These are our favorite national championships because we compete against the best of the best,” she said. “We think the competition itself is extremely tough and that’s what we want for our kids. It pushes our kids to a different level. Also, the competition runs smoothly like a well-oiled machine.

Wright uses the lessons she teaches through dance as a way to prepare her students for success in future endeavors.

“Whether it’s getting up on time and getting ready for a college class, it’s about getting ready for everyday life,” Wright said. “There are so many other valuable lessons children will learn through dancing.”

Since opening Lana’s dance studio, dozens of her alumni have worked all over the world, whether in Hollywood, Broadway or New York. Many of them then competed for a four-year college program.

However, Wright said these are the relationships she values ​​the most. Eight of his 10 work crew members danced at the studio.

“I feel very lucky to have relationships with my staff and to see that we have the same goal of wanting children to always learn, have fun and improve,” she said. “It’s phenomenal to step back and see how many children’s lives you’ve touched. You hope their experience here has made a difference in their lives.

Sportswriter Emanuel Lee can be reached at [email protected]