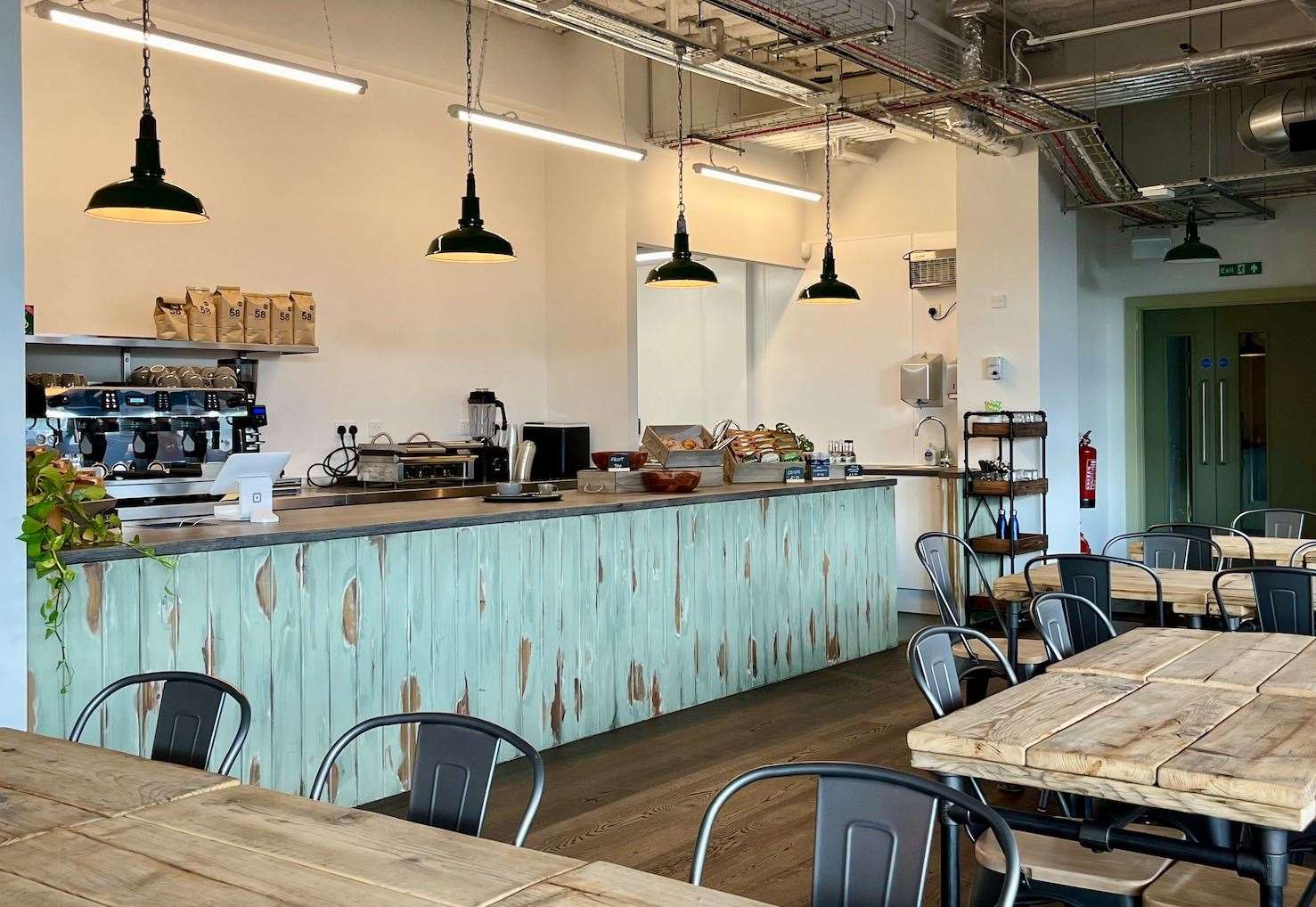 A new cafe in a multi-million dance studio has opened in Ashford.

The Jasmin Vardimon studio facility in the Henwood Industrial Estate is the first part of the building to officially open to the public as builders finish work on the purpose-built facility at Javelin Way.

Ian Ross, Executive Director, said: “This autumn is an incredibly exciting time as the company moves into its new building, JVHome, and we begin to open the doors to the public.

“Opening our cafe is just the first step as this fabulous new space in Ashford begins to welcome members of the community.

“As well as being home to one of the UK’s leading dance companies, it’s also a resource for local residents, with lovely communal areas to work, relax and socialise.

“Over the next few months, leading up to our grand opening in December, we look forward to welcoming more and more people through our doors.”

Bosses hope the cafe, which is open from 8.30am to 3.30pm, will have a “strong sense of community” as it is open to everyone.

While parts of the building are currently in use, the state-of-the-art facility will officially open on December 7.

In addition to the café, the facility has an auditorium, a pilates studio, meeting rooms and a production space for the dance company to grow and create its touring productions and rehearsals.

There will also be community classes and additional space for small creative businesses.

It is the latest of Ashford Borough Council’s ‘Big 8’ projects – a series of major projects, including Elwick Place, which the council hopes will transform and regenerate the town.

The first show to be produced at the new facility was Alice, a reimagining of Lewis Carroll’s 1865 novel Alice’s Adventures in Wonderland, which is currently touring the UK.

The new facility, funded by Kent County Council, Ashford Borough Council and Arts Council England, is also the first of its kind in Kent, making Ms Vardimon the only female choreographer in the UK to have her own studio specially designed outside of London.

The building forms the center of a major new arts hub in Ashford known as the Creative Enterprise Quarter.

The location is also home to Kent Music, an educational charity and lead partner of the Music Education Hub for Kent.

It is surrounded by 26 commercial units, 15 are on offer to sell and another 10 are on offer to rent, all at full market value, which means that only one unit remains available.

Mike Hill, KCC Cabinet Member for Community and Regulatory Services, said: “The Creative Enterprise Quarter, Ashford, is one of Kent’s largest cultural infrastructure projects and its development has been an exciting adventure.

“There have been a number of challenges along the way, including managing a global pandemic and its continued impact.

“We are very happy to have worked with such a talented team of experts and are very grateful to you for the way you all pulled together to find technical and often creative solutions to move the project forward and get us where we are. are. today.”