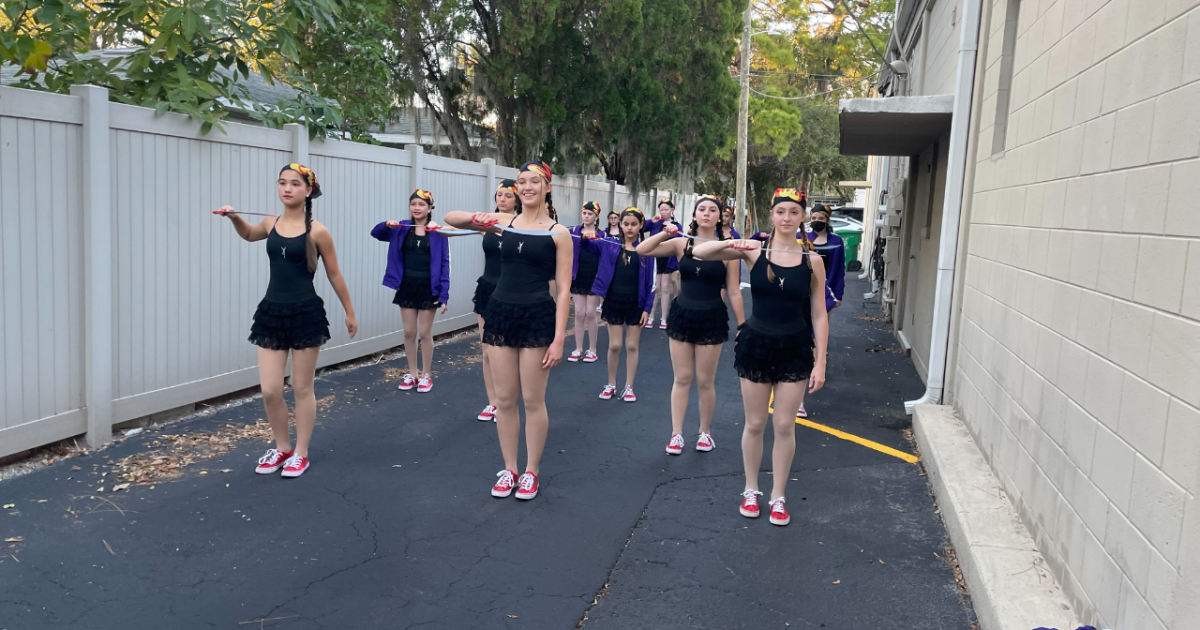 The Tampa Dance Studio prepares for the Gasparilla Children’s Parade

TAMPA, Fla. — It’s quite an experience to watch the Gasparilla Children’s Parade, but for the boys and girls who actually perform, it’s a day they’ll never forget.

If it’s the last week of January in Tampa, you’re not a dancer, you’re a pirate, according to Brucie Klay Boonstoppel.

She has been leading her dancers through the Gasparilla Children’s Parade for 20 years.

She said it’s important to prepare the team for the show’s atmosphere, which means getting out of the studio and onto the streets.

“It’s a reward, I mean who’s going to walk, the kids who work hard and don’t go to a birthday party but come to practice,” Boonstoppel said.

These artists know that there will be thousands of people watching their every move.

“It’s exciting, you can see them and then they see you doing what you love to do, so it’s fun,” said dancer Tallulah Powers.

These gleaming red-shoeed swordsmen know that Bayshore Boulevard is no ordinary scene.

“People can see you from all angles, not just from the front, so you have to smile all the time,” said dancer Ava Boonstoppel.

While most dance routines last a few minutes, the parade will last for hours.

“The biggest hurdle is the beads on the ground, so you’re not literally tripping over them,” Boonstoppel said.

Just like at the end of a good pirate movie, there’s usually some kind of treasure waiting for you.

“Being able to eat the funnel cake with my friends afterwards,” Powers said.

“Treat it like a badge to get to the end because it’s tough, some of these kids are only 8 so it’s a long way if you go through it,” Boonstoppel said.